The Principles of Pleasure

Sex, joy and modern science converge in this series that celebrates the complex world of women's pleasure — and puts stubborn myths to rest. 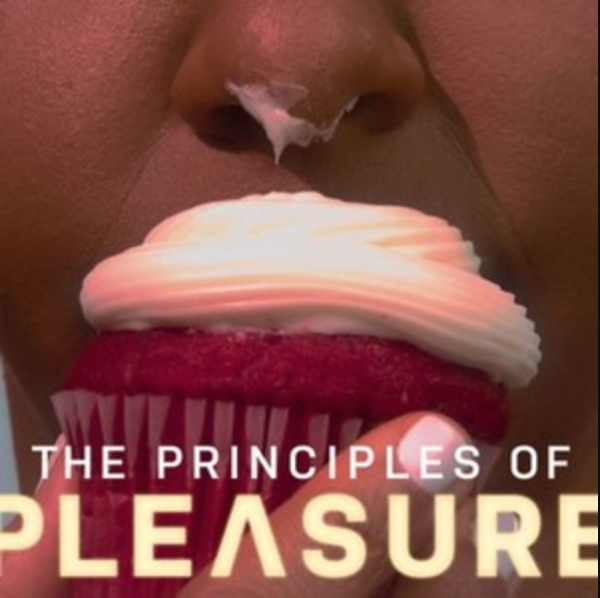 Knowledge as liberation and pleasure as revolt…

Dare to watch this 2022 Netflix docuseries from Niharika Desai that examines the world of female, transgender, and non-binary sexual pleasure, and its surrounding lack of understanding in modern science. It consists of 3 episodes entitled: Our Bodies, Our Minds, and Our Relationships.

Though the content is fairly comfortably seated within an anatomically educational and liberal social context, more deeply subversive boundaries are also pushed by asking some great questions about why we accept society’s continued unequal treatment of sex, sexuality, and the female anatomy, and what we might do about it.

The series seeks to empower and educate viewers about the female body and female pleasure. Topics discussed in the series range from the history of sex education, the orgasm gap, gender roles in the media and society, the lack of research about women’s sexuality dating back centuries, the pill, and consent.

As you might imagine, a quick glance at the Google reviews yields a wide array of reactions from wanting to go further to wanting to turn back. I’ve curated a small sampling below, in case like me, you find these reactions from our fellow humans almost as interesting as the series itself. By posting these reviews I am not agreeing or disagreeing with them – rather I am sharing a segment from the overall reactions to highlight the impact of this series and the conversations it has inspired.

Whether lamenting a narrowness of the series’ scope and its western, tunnel-visioned content, or joyously celebrating that sex from a female perspective has been discussed so openly on screen, the series has gotten overwhelmingly positive reviews. Of course, Principles of Pleasure is not only being watched by women and gender expansive people. The men’s reactions are just as interesting, from virtual high fives and gratitude for making female perspectives and anatomy more accessible, to reactionary defensiveness from males who feel “blamed” for feminists publicly staking their equal claim to pleasure.

Selected Google Reviews:
Stephanie Wright
I appreciate the attempt, but for my taste I felt there was way too much rhetoric around us (women) being victims of societal standards around our sexuality and claiming we, as humans, have barely scratched the surface of information about our sexuality and pleasure. At one point they claim to include indigenous people in the conversation, but where is the acknowledgement of their ancient sexual/pleasure knowledge and rituals? I see they’re trying, but they’re stuck on the western narrative here. Truly, any professional who finds the development of birth control to be a massive leap for our pleasure and sexual development is ascribing to the same societal BS which has kept us in the dark about our power as sexual beings. Furthermore, I couldn’t help but find their attempt compare the prenatal development of male and female genitals, saying “there’s not much different at all”,  as bypassing and oversimplification. There’s a WHOLE lot of difference in physiological developments between men and women. Sure, on a soul level we are more similar/connected than we could ever imagine- but c‘mon, Netflix. Maybe try to be a little more discreet about your agenda here…

Carlton L. H. Burke
An open and honest take on what pleasure is.  The conversations are thought provoking and at times, somewhat humorous.  “Making sex education fun and enjoyable.”  This is for the mature adults, who honestly want healthy relationships.  Some topics seem basic, but neccesary, because it doesn’t hurt to reinforce common knowledge, especially when it comes to common decency and respect.  The “who, what, when, where, how, why” of making and sustaining relationships.  (From the perspective of Women).  As a male, it was an eye opener for me.  😯👨🏾‍🎓🤔🧐 Thank you!

Peter Robson
I think derp dove on this subject is long overdue.  I’m in my 69th year, wish this was available 40 years ago.

I thought I’m well informed on female anatomy, but learned quite a lot. I did read some other reviews that were obviously immature and biased by what they think they should think. It is Time to be open versus the western American closed mindedness.

Hanncel Sanchez
I absolutely loved this show! I’m almost embarrassed to say how much I didn’t know about my own body and my pleasure. I wish there were more shows like this. We need to normalize female pleasure and sex talk. It’s 2022 and sex is still a taboo. The media is filled with it but truth be told, in reality it’s so uncomfortable to openly talk about sex and what we like with anyone. You must watch this but be willing to have an open mind! 👏🏾

Kevin Kreinbrink
I Really liked the science of it. However as a white male, it is rather offensive to stray from the betterment of the female sexual condition, and try to blame men for there color or ability to orgasm!! I always try to please the woman first!! I know i’ll get mine! How about women and African Americans stop blaming everything On “THE WHITE MAN” Get over your own sexual shortcomings! And let loose!??

Katie Kuhlemier
This is a great and absolutely amazing documentary that has been needed for a very long time!

Finally!! Where has this documentary been all my life! I will be showing this to my children, both boys, and girls, to help properly educate and normalize the female body and its needs/desires.

James King
I tried, but I couldn’t have been less interested in the delivery and content of this series. Thank goodness it’s a “limited series”. Here’s a novel idea, why not try to mix in some heterosexual content? Either that, or title it appropriately. Unattractive, dull, confused women sharing their feelings about themselves and other women in a safe environment that encourages and promotes putting people to sleep.