"Companies are making false claims and then they're convincing customers that they can fly guilt-free or buy carbon-neutral products when they aren't in any way carbon-neutral," one expert lamented. 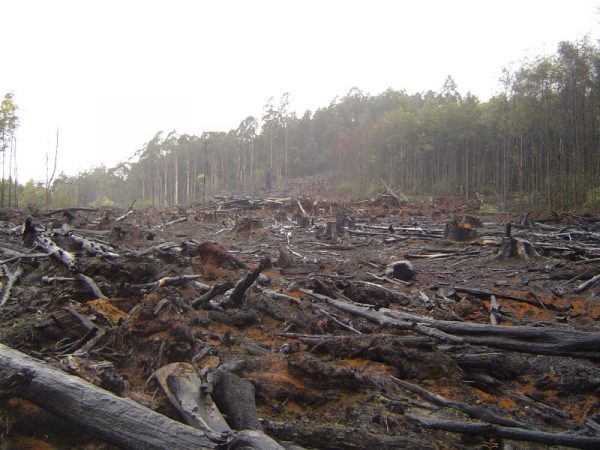 For nine months, The Guardian, Die Zeit, and SourceMaterial analyzed scientific studies of Verra, “the world’s leading carbon standard” in a voluntary global offset market worth $2 billion annually and growing. Verra’s customers include major multinational corporations, and the analysis’ findings cast doubts over the carbon offset credits the companies buy in order to label their products as “carbon neutral” or assure customers that they can consume their products or services without worsening the climate emergency.

“The implications of this analysis are huge,” said Barbara Haya, head of the Carbon Trading Project at the University of California, Berkeley. “Companies are making false claims and then they’re convincing customers that they can fly guilt-free or buy carbon-neutral products when they aren’t in any way carbon-neutral.”

According to The Guardian, key findings of the analysis include:

“I have worked as an auditor on these projects in the Brazilian Amazon and when I started this analysis, I wanted to know if we could trust their predictions about deforestation,” Thales West, a lead author on the studies, told The Guardian. “The evidence from the analysis… suggests we cannot. I want this system to work to protect rainforests. For that to happen, we need to acknowledge the scale of problems with the current system.”

Verra responded to the outlets’ analysis by saying the paper’s claims are based on “methods that do not account for project-specific factors that cause deforestation.”

“As a result, these studies massively miscalculate the impact of REDD+ projects,” the organization added, referring to the United Nations Framework Convention on Climate Change (COP) framework “to guide activities in the forest sector that reduces emissions from deforestation and forest degradation.”

Die Zeit‘s Tin Fischer posted a pair of tweets pushing back against Verra’s comments with a chart from one of West’s studies.

Brett Wilkins is a San Francisco-based writer and activist whose work focuses on issues of war and peace and human rights. He is a staff writer at Common Dreams and a member of the international socialist writers’ group Collective 20. Before joining Common Dreams, he was a longtime freelance journalist and essayist whose articles appeared in a wide variety of print and online publications including Counterpunch, Truthout, Salon.com, Antiwar.com, Asia Times, The Jakarta Post, Alternet, teleSUR, Yahoo News, Mondoweiss, EcoWatch, and Venezuela Analysis.

‘Our Job Is to Pick Up the Baton,’ Says Poor People’s Campaign on MLK Day