5 of the largest US pharma firms totaled $80 billion in profits, but millions of Americans can’t afford medicine 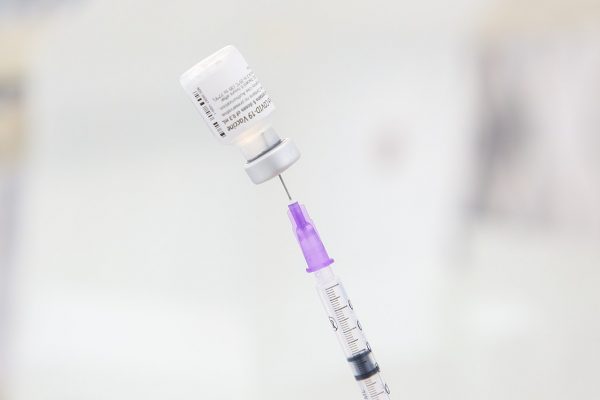 There is a lot of discussion about how “divided” our nation is and, on many issues, that is absolutely true. But on one of the most important matters facing our country the American people – Democrats, Republicans, Independents, Progressives, Conservatives – could not be more united. And that is the need to take on the unprecedented corporate greed of the pharmaceutical industry and to substantially lower the outrageously high price of prescription drugs.

Today, millions of Americans are making the unacceptable choice between feeding their families or buying the medicine they need. Seniors from Vermont to Alaska are forced to split pills in half and many have died because they did not have enough money to fill their prescriptions.

All over this country, the American people are asking why it is that they pay, by far, the highest prices in the world for prescription drugs?

Why is it that nearly one out of every four adults in America cannot afford their prescription medication?

Pharma industry profits are in the billions, but many Americans can’t even afford their own medicine.  (iStock)

Why do nearly half of all new drugs in the United States cost more than $150,000 a year?

Several years ago, I took a busload of people with diabetes from Detroit, Michigan, to a drugstore in Windsor, Ontario. There, they were able to purchase the same insulin products they bought in the United States for one-tenth the price.

How is it that in Canada and other major countries the same medications manufactured by the same companies, sold in the same bottles are available for a fraction of the price that we pay in the United States?

The answers can be summed up in three words: Follow the money.

Over the past 25 years, the pharmaceutical industry has spent $8.5 billion on lobbying and over $745 million on campaign contributions to buy politicians. Incredibly, last year, the drug companies hired over 1,700 lobbyists including the former congressional leaders of both major political parties – over 3 pharmaceutical industry lobbyists for every Member of Congress.

The situation has become so absurd that Pfizer donated a million dollars to the Republican Party in Kentucky to expand its headquarters named after Senator Mitch McConnell, after Pfizer increased its profits by 140% in 2021 to $22 billion.

Meanwhile, as Americans die because they cannot afford the medications they need, five of the largest drug companies in the U.S. made nearly $80 billion in profits last year (a 104% increase from the previous year) while the CEOs of just 13 pharmaceutical companies made over $1 billion in total compensation in 2021.

Over the past decade, 14 major pharmaceutical companies spent $747 billion not to make life-saving drugs more affordable, but to make their wealthy shareholders richer by buying back their own stock and handing out huge dividends – a sum that is $87 billion more than what they spent on research and development.

Examples of corporate greed within the pharmaceutical industry are limitless. Let’s start with Moderna. This is a company that received $1.7 billion from U.S. taxpayers to research and develop the COVID-19 vaccine and billions more to distribute it to the American people. As a result, Moderna made $19 billion in profits over the past two years and its CEO (Stephane Bancel) became a billionaire who is now worth over $6 billion. What is Moderna doing to thank the American taxpayer for their generous support? It plans to raise the price of the COVID-19 vaccine by 400% up to $130 when it goes on the commercial market. Meanwhile, it costs just $2.85 to manufacture the product. And, by the way, Moderna has already approved a $926 million golden parachute for Mr. Bancel once he leaves the company.

Moderna is far from alone. A number of years ago, the former CEO of Gilead became a billionaire by charging $1,000 for Sovaldi, a hepatitis C drug that was discovered by scientists at the Veterans Administration, costs just $1 to manufacture, and could be purchased in India for $4.

The Japanese drugmaker Astellas, which made a billion dollars in profits in 2021, recently raised the price of the prostate cancer drug Xtandi by more than 75% in the United States to nearly $190,000. This is a drug that was invented by federally funded scientists at UCLA and can be purchased in Canada for one-sixth the US price.

Last year over 1 million Americans with diabetes had to ration insulin because they could not afford to take it as prescribed. Why? In large part because Eli Lilly, which made $5.6 billion in profits in 2021, increased the price of Humalog by 1,200% since 1996 to $275 while its CEO made nearly $50 million in compensation making him one of the highest-paid pharmaceutical CEOs in America. Humalog costs an estimated $8 to produce and can be purchased for about one-tenth the price in Canada.

Meanwhile, as Americans die because they cannot afford the medications they need, five of the largest drug companies in the U.S. made nearly $80 billion in profits last year (a 104% increase from the previous year) while the CEOs of just 13 pharmaceutical companies made over $1 billion in total compensation in 2021.

It does not have to be this way. The reality is that if Congress had the courage to take on the greed of the pharmaceutical industry, we could cut the price of prescription drugs in America by at least 50%. How? By preventing the pharmaceutical industry from charging more for prescription drugs in the U.S. than they do in Canada, Britain, Germany, France and Japan – a concept that is not only supported by progressives, but former President Donald Trump. I will soon be re-introducing legislation in the Senate to do just that.

A life-saving drug is not effective if a person who needs that drug cannot afford it. How many more Americans must die before Congress finally has the guts to stop the pharmaceutical industry from getting away with murder?

Bernie Sanders (born September 8, 1941) is an American politician, presidential candidate, and activist who has served as a United States senator for Vermont since 2007, and as the state’s congressman from 1991 to 2007. Before his election to Congress, he was mayor of Burlington, Vermont. Sanders is the longest-serving independent in U.S. congressional history. He has a close relationship with the Democratic Party, having caucused with House and Senate Democrats for most of his congressional career. Sanders self-identifies as a democratic socialist and has been credited with influencing a leftward shift in the Democratic Party after his 2016 presidential campaign. An advocate of social democratic and progressive policies, he is known for his opposition to economic inequality and neoliberalism.

The State of the Working Class in America

The Struggle for Justice for Rail Workers Is Not Over

Our Economic Crisis Isn’t Inflation, It’s Corporate Greed and the GOP Will Only Make That Worse

Bernie Sanders: This Is an Existential Threat

We Need Microchips, but Not Crony Capitalism

It’s time for Medicare for All

Time for a “Strategic Pause” on Corporate Welfare