We Need to Replace White Feminism With Inclusive Feminism 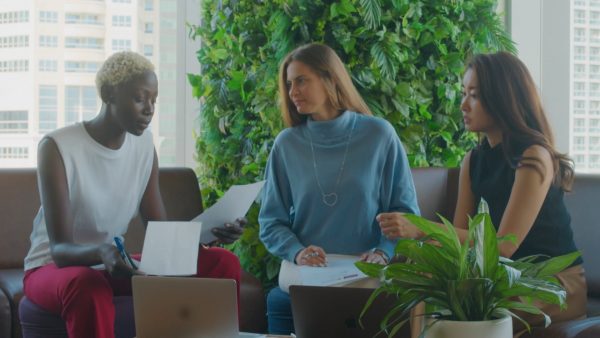 I recently listened to a podcast by Glennon Doyle, a progressive, white feminist, author, and life coach, during which I heard her dismissing a correction of her pronunciation of the Sanskrit word “shavasana,” saying, “It’s just a long word.” I was annoyed—the first thought that came to mind was: It’s not enough for white women, including those who identify as feminists, to culturally appropriate yoga; they don’t even have the decency to care about respecting the practice enough to pronounce the terms correctly. That interaction, although done casually, struck me, and I couldn’t shake off Doyle’s unabashed arrogance.

The myth of white feminism as a constructive force has endured throughout history, from suffragettes fighting for women’s right to vote to the pop culture concept of the “girlboss.” The ideology of white feminism seems to resonate with the broader Western audience as a nondisruptive phenomenon—one that caters to creating a space for white women within the system of white supremacy rather than deconstructing racial supremacy altogether.

According to author Koa Beck, “The goal of white feminism is not to alter the systems that oppress women—patriarchy, capitalism, imperialism—but to succeed within them.” For too long, women from other racial and ethnic backgrounds bought into the false promises of equality.

Now is the time to pull apart the differences between “white feminism” and, as I like to call it, “inclusive feminism,” and hold the former accountable for its inadequacies.

I identify as an inclusive feminist because, in many ways, it allows me to identify with parts of my existence that others do not acknowledge. I face discrimination based on several factors besides my gender identity: skin color, cultural background, accent, religious identity, and even immigration status. My struggles, triumphs, and tribulations result from my efforts to surmount all those inequities, not just my gender. Some may think the term “inclusive feminism” is another phrase in America’s “woke” lexicon. However, it represents my experiences wholly and unapologetically.

I have never felt connected to the ideology of white feminism, which, to me, has exclusively focused on white women and girls. It is less about dismantling broader racial and cultural inequities and more about closing the gaps with preexisting privileged groups—white men versus white women, for example.

White women have benefited tremendously from affirmative action in employment, benefits, education, and more. According to the Economic Policy Institute, in 2017, “the median annual earnings for full-time, year-round white women workers was just over $46,513. That is 21 percent more than the annual earnings of Black women, whose average salary was $36,735. Hispanic women earned even less, just $32,002 per year.” Also, looking at men’s income by race tells a story of further advantage for white women. While the acceptance and practice of interracial marriage have increased dramatically, white people are least likely of all racial groups to marry outside their race. One might conclude that white women marrying white men further increases income disparities between races, given that white men are the highest-earning group in the United States.

White feminism falls into the trap of being performative at times due to its narrow focus on gender alone. For instance, the recently released Netflix film Blonde, based on Joyce Carol Oates’ fictional biography of actress Marilyn Monroe, has been widely denounced for falling into obvious misogynist traps in the service of art. The film zeroes in on Monroe as a victim, haunted by a (fictional) abortion, and traumatized by sexual abuse while erasing her myriad accomplishments. Critics are rightly calling the exploitative depiction of Monroe “trauma porn,” and yet the author (a white woman) has defended the screenplay by film director Andrew Dominik (a white man) “as remarkably ‘feminist’ in intention.”

White feminism embraces fascism as long as it manifests in female form. Hillary Clinton, the quintessentially American feminist, said this about the naming of the right-wing nationalist Italian politician Giorgia Meloni as prime minister of Italy: “Every time a woman is elected to head of state or government, that is a step forward.” Later, she added, “Then that woman, like a man, has to be judged on what she stands for, on what she does.”

I am sure many people have heard of Facebook executive Sheryl Sandberg, who famously expressed this idea in her book and TED Talk titled Lean In: Women, Work and the Will to Lead. She rightly faced criticism for putting the burden to effect change squarely on women without considering racial and socioeconomic inequities and institutional gender disparity. In 2018, former first lady Michelle Obama criticized Sandberg’s philosophy for being exclusionary, saying, “It’s not always enough to lean in because that shit doesn’t work all the time.” (Ironically, Sandberg has also been accused of using her executive position and power to suppress the speech of another woman in a workspace harassment case.)

White feminism has also tainted our view of history. For instance, suffragists Susan B. Anthony and Elizabeth Cady Stanton are typically credited with helping to the pass the 19th Amendment, giving women the right to vote. But this version of history conveniently ignores the contributions of BIPOC women, such as African American suffragist and activist Mary Church Terrell, as well as Chinese-born Mabel Ping-Hua Lee and Indigenous activist Gertrude Simmons Bonnin (Zitkála-Šá), to name a few.

Time and again, not only have white women in the U.S. leveraged their proximity to white men in order to ground themselves firmly in a society with a clear racial and socioeconomic hierarchy, whether through creating a space within or preserving existing systems of oppression, but they have also imposed or are imposing their version of feminism in other countries around the globe as a blanket solution to women’s liberation.

In her bookAgainst White Feminism: Notes on Disruption, Rafia Zakaria discussed “the extensive damage done by white women who traveled to colonized countries to civilize and save native women from their terrible conditions and, particularly, from native men.” Zakaria added, “The centering of whiteness by women who traveled to war-ravaged countries brings attention to the difficulties of the local women. Instead, those local women were often othered, objectified, or exoticized and coerced to follow the Western feminism model.”

White feminists have sometimes even facilitated war in countries where they purport to protect women or preach to “liberate” them. “We respect our mothers, sisters, and daughters,” former first lady Laura Bush said at the outset of the invasion of Afghanistan in 2001. But then she went on to justify war on that basis, saying, “Fighting brutality against women and children is not the expression of a specific culture; it is the acceptance of our common humanity—a commitment shared by people of goodwill on every continent. … The fight against terrorism is also a fight for the rights and dignity of women.”

As a feminist and a human rights activist, women’s liberation is central to my beliefs. However, justifying war in the name of women’s salvation is wrong. Research has shown that war disproportionately harms women and children. Laura Bush’s speech resonated with the broader American public, including white feminists who have, for the longest time, tried to impose their brand of feminism on women worldwide.

In Iran, the death of a young woman named Mahsa Amini has sparked worldwide protests and gestures of solidarity, including from white feminists. Amini died after being arrested in Tehran by Iran’s “morality police,” who enforce the country’s conservative rules on hijabs and other modes of dress and behavior. White feminists are cheering on the protesters for taking off their hijabs as a cultural triumph for the West (given that hijab is perceived as antithetical to the Western idea of feminism) rather than recognizing the Iranian feminist movement as a grassroots revolutionary development led by Iranian women burning down the symbols of oppression through dissent.

Many white feminists fail to see that for a lot of Muslim women around the globe, hijab can also symbolize liberation and an expression of their religious identity.

While a lot of Muslim women across the globe wear hijab out of choice, in Iran, hijab is weaponized as a tool by the state to oppress its women. Conversely, in France, where the hijab is banned, Muslim women are fighting for their autonomy to wear it. In Iran and France, the female population is being policed on its dress in entirely different ways. But in the case of France, white feminists are largely silent on the subject.

By centering feminism on gender alone and conveniently sidelining the impact of whiteness, class, culture, imperialism, and religion on gender parity, white women have co-opted the feminist space. White feminists claim to carry the mantle of gender equality without reconciling it with its dimensionality.

I have experienced the deleterious effects of white feminist ideology personally. During my time at a New York-based civil society organization focused on women in conflict prevention and resolution, I attended numerous meetings hosted by United Nations entities, missions, and other NGOs where I was routinely treated as a “token Muslim” whose input was requested. But often, it was the white feminist participants driving the conversations and making the decisions. Imagine my horror at watching these so-called activists mapping out “solutions” for saving Muslim women in places like Afghanistan, Pakistan, Iraq, and Iran, where they’ve never stepped foot and about which they have little to no knowledge of the broader geopolitical landscapes of those regions.

How do we replace white feminism with inclusive feminism?

First, we need to rewrite history by highlighting the struggles of non-white feminists in advancing the goal of gender equity.

Second, white feminism is not equipped to understand the complexities of women’s journeys across the globe; therefore, it is detrimental to let this ideology permeate into societies where it could potentially do more harm than good. We need to allow Indigenous and local women to take charge of their own stories and require white feminists to follow their lead and become strong allies.

Finally, it’s crucial to highlight the linkages between white feminism and white supremacy. The ultimate goal should be to dismantle the ideology of white feminism and reinvent it to reflect how gender inequities are impacted by racial, socioeconomic, sexual, and cultural factors.

Saadia Khan is a Pakistani American immigrant, human rights activist, and social entrepreneur. A graduate of Columbia University’s Masters program in Human Rights Studies, Saadia has worked with UN Women and other UN entities representing civil society organizations. Saadia has hosted and produced 185+ podcast episodes and has received several awards. Previously, she worked as an interpreter for Human Rights First. She is also the board member of Hearts & Homes for Refugees, a nonprofit organization that works with the U.S. Department of State to welcome refugees. She writes for publications including Brown Girl Magazine, the Globe Post, and Medium. She can be reached at http://immigrantlypod.com