Urban gardening in Greece – A new form of protest

The Greek crisis has radically changed Greek society, politics and the economy. In just a few years the “Greek Dream” of the beginning of the 21st century, when Greece had experienced some years of rapid GDP growth (about 4% for the first 4 years of the new millennium) mainly due to construction and consumption, has turned into a nightmare.

The Greek society is a society in great depression. In this article we will focus on the development of new forms of social movements, social conflicts and solidarity initiatives that we consider to be part of the green ideals and could help the Greek society get out of depression.

Environmental politics were never well developed in Greece, but in the last years before the economic crisis the Greek environmental movement has had a short “renaissance”. First, there was the movement against the Olympic Games, which helped reinforce other local urban movements fighting to reclaim public spaces for societal use. Secondly, the massive series of forest fires in 2007 led to an increased public awareness about the causes and effects of global warming, which then led to the creation of new environmental grassroots movements (e.g. Green Attack, Bloggers, Guerrilla Gardeners etc.), and the reinforcement of the Greek Green Party that gained an MEP in the 2009 European elections. This in turn has led to the “greening” of the public discourse of other political parties (mainly Pasok and Syriza). Finally, the Greek riots of December 2008 and the participating youth movements have led to the creation of new social experiments around the social and solidarity economy, this involves the so called “transition and recovery movements” (movements aiming to transform economical activities and every-day life rather than to protest and reclaim changes from the authorities) or the theory of degrowth. 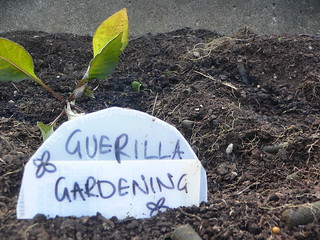 The Greek crisis, however, negatively influenced Greek environmental politics; and apart from austerity measures, a series of socially and environmentally destructive measures were taken by the governments. Here are some examples:

Fortunately, the crisis also gave rise to new forms of environmental movements that not only oppose some of these anti-environmental policies but also aim to create their own alternative structures of society.

Concepts like the transition movement, social economy, degrowth and urban agriculture start taking new meanings thanks to these groups. One significant example of this change is the development of urban agriculture by civil society initiatives. By this we mean the spontaneous creation of vegetable gardens on private or collective basis.

Redefining social life in the cities

The development of mass production and consumerism gradually created new concerns about the quality of life; together with the development of new social movements (many of them focusing on environmental sustainability) this led to the rise of Urban Agriculture in western countries during the 1970s.

The main motivation behind this “new” urban agriculture was not the need for consumption and subsistence, but mainly the redefinition of social life in the city as well as the food security question. Hence this urban agricultural movement aims to create environmental awareness and a new relationship between culture and nature.

It also promotes new topics like the appropriation of public space by its residents, the socialisation of urban populations, new forms of collective action, the life in the neighbourhood, self-management and the sense of responsibility of the urban resident and the quality of the environment. It takes several different expressions (local producer-consumer networks, self-managed fields, guerilla gardening); and its rapid development in recent years is largely due to the activities of civil society actors (NGOs, citizens initiatives etc.).

Urban agriculture essentially did not exist until very recently in Greece. Its rapid development coincides with the rapid deterioration of living standards in Greek society in recent years due to the deep crisis. But it roots can be traced back to a few years earlier: to the first years of the 21st century, when small libertarian and alternative and ecological circles decided to experiment with this way of life. The projects first managed to raise attention following the fires of 2007. This was the period when guerrilla gardeners became active and the first more permanent activities of urban agricultural activities (eg. the creation of a Botanical Garden in Petroupoli, West-Athens) were reported on.

The crisis accelerated the diffusion of urban agriculture in Greek cities. The most well known cases of civil society’s urban agricultural exploitations appeared in 2011: the self-managed field of Ellinikon Airport in the south of Athens and PER.KA (suburban cultures) in Thessaloniki (ex-military camps). Both are part of the movement that reclaims the free andpublic spaces. From 2012, urban agriculture has been spread either by civil society or with the help of local authorities (municipalities).

The self-managed urban exploitations are generally small in size and
operate with collective management. Almost always these exploitations have many other political or cultural activities (seminars, public debates, festivals, theatrical groups etc.) apart from production. In terms of internal organisation they operate by the principles of grass-roots democracy. Their activists are generally middle class, young educated people in socially, politically and culturally active areas but the audience gradually widens to other groups of people. 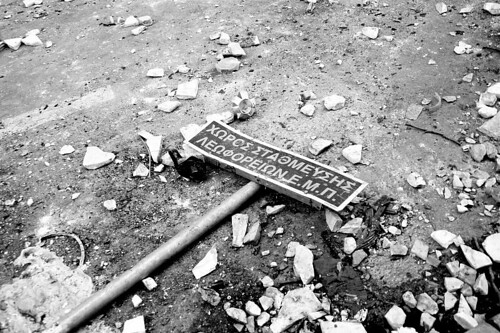 The people involved in the citizens’ initiatives for urban agriculture movement are still related to social movements, mainly on the left; and they regularly participate in other forms of social action, such as protests, occupations, etc. But the urban agricultural movement has often evolved separately from those, and experiences a rapid spatial and social spread from an ecological and anarchist avant-garde in some dynamic parts of the city (eg. Exarchia, an anarchist neighborhood in the centre of Athens) to larger populations and neighborhoods.

Furthermore, the urban agriculture movement – as well as other forms of transition movement (from cooperative coffee shops to occupations) – has a loose way of coordinating itselfr, in a decentralised manner, mainly by organising regular conferences and festivals to discuss the aims, the strategy and the current situation. The most important is the “Festival of Solidarity and Cooperative Economy” that takes place every autumn in Hellinikon, since November 2012. At these Festivals hundreds of people meet to exchange ideas in various specific practical subjects as well as to exchange products.

While traditional green movement and civil society actors are receding due to depression and uncertainty, the urban agricultural movement as well as initiatives of solidary economy, de-growth, real democracy, transition movement, guerilla gardening etc. progress due to the crisis. We describe those social movements as “transition and recovery movements” and we believe that those new forms of space appropriation and decision-making can lead to great progress in Greek civil society and in environmental politics in general.