In an apparent bid to stamp out the opposition — perhaps forever — Recep Tayyip Erdogan called elections a month early. 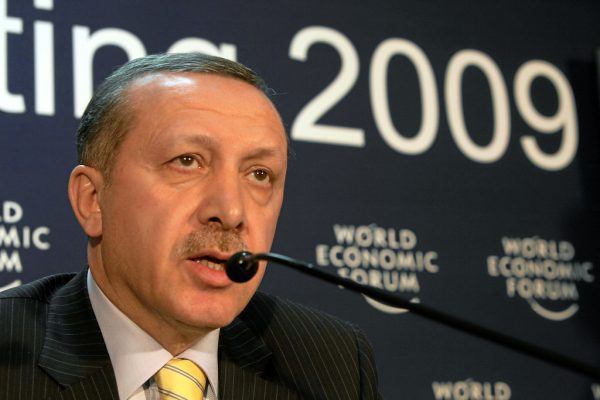 Politicians all over the world tell voters that the next election in their country will be “the most important one of their lives”; it’s a favored, and well-trodden, get-out-the-vote tactic in the United States and beyond. In 2023, though, there is one country where a claim about an election’s existential importance might really be true: Turkey.

This week, the country’s leader Recep Tayyip Erdogan moved up the date of the forthcoming Turkish presidential and parliamentary votes to May 14, a month earlier than expected, even as the country reels from a spiralling economic crisis and increasing social polarization.

Erdogan has now been in power for two decades, a period during which he has gone from being perceived in the West as a pragmatic economic reformer into an authoritarian who has replaced Turkish institutions with strongman rule centered around himself and his close associates.

Time may be running out to stop this country of 84 million people — and a NATO ally that Western powers have an obligation to defend — from turning into a permanent one-man show.

“Turkey has become a textbook ‘competitive authoritarian’ country. It is authoritarian in the sense that Erdogan jails his opponents and institutions have been hollowed out, but it’s competitive enough that we can talk about meaningful elections,” said Gönül Tol, director of the Middle East Institute’s Turkish Studies program and author of “Erdogan’s War: A Strongman’s Struggle at Home and in Syria.” “Obviously the playing field is not level, and the opposition are having a hard time, but there are elections and there are limits to how much they can be rigged, particularly in the big cities.”

The Turkish opposition — divided between secularists, Islamists, nationalists, and pro-Kurdish parties — have attempted to form a coalition comprising at least some of these forces, banding together under a movement known as the “Table of Six” that has proposed reforms to the Turkish Constitution to undo the consolidation of power that has taken place under Erdogan.

Polls show that the electorate is roughly equally polarized behind supporters of Erdogan and the various opposition movements. Even with elections now on the horizon, however, the opposition has yet to coalesce around a single leader. All this means that the vote will not just be fiercely contested but likely subject to challenge by whoever comes up short.

In the run-up to the coming vote, the man seen as the most serious challenger to Erdogan, Istanbul Mayor Ekrem Imamoglu, was sentenced to two years in prison by a Turkish court and banned from politics. He was convicted on the charge of insulting public officials, based on a 2019 remark where he referred to election officials as “fools,” in a press release.

The pro-Kurdish Peoples’ Democratic Party, or HDP, whose popular leader, Selahattin Demirtas, has been in jail since 2016, is now facing serious threats from Turkish courts aimed at blocking access to its own bank accounts — a move seen as a likely prelude to banning the party from politics entirely.

Despite these types of authoritarian measures, elections in Turkey are still seen as free, if not fair, and thus widely viewed as worth contesting. In 2019, Erdogan’s ruling party, the Justice and Development Party, lost in local elections around the country, including a contested vote for Istanbul in which Imamoglu came out on top.

As Tol puts it, the coming national elections are the last chance for the opposition to forestall Turkey’s descent from a country with independent institutions and centers of power into what would be a personalist regime revolving around its leader.

Turkey has experienced many periods of dictatorship in the past, as well as authoritarian rule by the military which has intervened to manipulate elections, staged coups, and even executed leaders who have run afoul of its prerogatives. Yet the dysfunction of Turkey’s politics and economy in recent years seems to reflect a dangerous new frontier.

The Justice and Development Party, known by its Turkish initials AKP, has presided over an unprecedented hollowing-out of state capacity. Thousands of civil servants have either been purged or sent to prison for insufficient loyalty to the ruling government, particularly in the aftermath of a failed 2016 coup attempt.

The purges have taken their toll. Many institutions in Turkey simply do not function anymore, even as government-controlled media outlets portray an alternate reality of constantly increasing political and economic strength.

“The AKP has succeeded in cementing its hegemonic status in Turkish politics, but at the cost of undermining the very same institutions through which it is supposed to govern,” wrote Burak Kadercan, a Turkey expert at the U.S. Naval War College, in a recent article for the national security publication War on the Rocks. “The result is an institutional decay that is gradually but surely transforming the Turkish political landscape.”

In the U.S., a favored talking point of progressive political activists is that racism harms not just minorities, but also the majority community by alienating them from their own material interests. That argument happens to be true not only in the U.S., but in Turkey as well. Ginning up ultranationalist sentiments against the minority Kurdish population has long been a favored vote-winning tactic for politicians pursuing their own interests.

In the early years of his rule, Erdogan was popular with many Kurds for taking a more conciliatory stance on the country’s long-running ethnic conflict and pursuing peace talks with Kurdish militant leaders. He has since reverted to the Turkish political norm of cracking down on Kurdish participation in political life and waging war in the country’s Kurdish-heavy southeast.

The opposition — much of which is from the secular nationalist old guard that has long viewed Kurdish culture, nationalism, and rights with contempt — has so far failed to chart a different course on this issue, remaining largely mute in the face of crackdowns on the pro-Kurdish political parties and leaders.

“The biggest weakness of opposition is where they stand on the Kurdish question,” said Tol. “From a simple math point of view, if the opposition coalition manages to appeal to the Kurdish population, they will likely win the elections, whereas if they don’t have that support, it will be very difficult, if not impossible.”

This view is echoed by Turkish pollsters, who have taken to warning in recent months that the only hope for an opposition coalition to win will be to form links with Kurdish political movements.

Tol said that the traditional opposition’s failure to join up with the Kurds reflects a fear of alienating nationalist segments of their own base. That failure, she said, “comes at the expense of everyone, not just Kurds, but also Turks who want to live in a democratic and prosperous country.”

Whether they take this advice or not, this election — now a month sooner than expected — may really be the last chance for Turkey to steer clear from a bleak future of democratic decline and economic chaos.

Turkey is a NATO member country whose fate is intimately tied to that of the European Union. As much as activists and politicians may “cry wolf” over the life-changing importance of any vote, sometimes, as today, the wolf may really be at the door.

Proud Papa: How Joe Biden Became the Father of the Iranian Nuclear Bomb

The Psychological Tolls and Moral Hazards of Drone Warfare