The Parable of the Humane Philanthropist 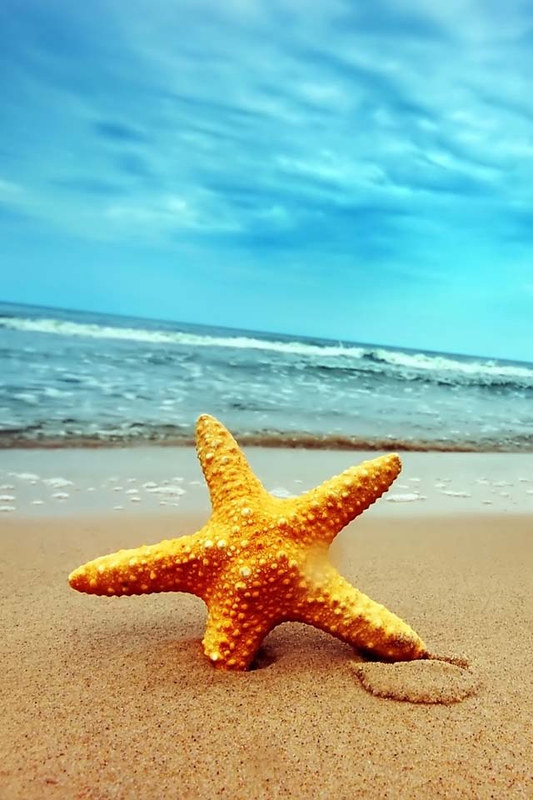 You have probably heard a variation of the story, “The Star Thrower,” about a man who comes across a young girl walking along a beach throwing starfish back into the sea. In one version he says:

“Little girl, why are you doing this? Look at this beach! You can’t save all these starfish. You can’t begin to make a difference!”

While the girl momentarily doubts herself, she quickly resumes her work, flinging another starfish, and says:

“Well, I made a difference for that one!”

And the man, inspired, starts throwing starfish back into the sea as well.1

But you might not have read the much older story by Kahlil Gibran called “The Greater Sea.”2 In this story, a man and his soul are walking along the shore of a “great sea” looking for a “hidden and lonely place” to bathe.

And on a beach we saw a man picking up dead fish and tenderly putting them back into the water.
“And we cannot bathe before him,” said my soul. “He is the humane philanthropist.”
And we passed on.

I laughed out loud when I read that. It’s simply a perfect metaphor for most philanthropy: not cruelly tossing them back in, but tenderly. With love. And yet, the fish are already dead so the action and the result are ultimately nonsensical.

It’s the juxtaposition with “The Star Thrower” that makes Gibran’s story extra powerful, as most philanthropists, and do-gooders of all sorts (yes, me included), see themselves as star throwers not dead fish tossers.

But Gibran’s vision is far more accurate today. For most likely, if lots of sea creatures are washing up on the shore, they’re probably not going to survive if someone simply casts them back into the sea. It probably means there was some sort of metaphorical oil spill, toxic algae bloom, higher ocean temperatures, or something else that disrupted their marine habitat.

Hence, it’s pretty useless to just throw them back without also considering the state of the environment they inhabit. In other words, it’s like a philanthropist tenderly throwing back dead fish. Or spending millions on treating societal symptoms—whether that’s providing meals to the homeless or abortion pills to women in Red states—sure “it makes a difference to them,” but soon after they’ll just be cast back into a toxic environment and either die unseen or wash up on the shore once again.

So what does a truly humane philanthropist look like?

It’s not that philanthropists can’t throw back the occasional starfish, or even dead fish (as the latter would become meals to the still living denizens of the ocean); but they need to understand that they’re taking these actions primarily to feel like they’re making a difference, not actually making one.3

Instead they should be devoting almost all their time, money, and energy on healing the proverbial ocean. That means changing how humans live—and more specifically the cultures that shape how people live—so that the oceans stay healthy in the first place.4 Of course, that’s slow, and amorphous, work and perhaps impossible at this late stage. So it’s no wonder why few focus there. It’s just too disheartening, and thus easier to tenderly throw dead fish back into the sea.

But is it success to feel like you’re doing good? Healing the ocean and keeping it healthy—i.e. focusing on the root causes of environmental and social injustices—so as to prevent sea animals from washing up on the shores in the first place is where we all need to focus. But what does that even mean? Extending the ocean metaphor, perhaps the intervention becomes:

So if the Star Thrower and the Humane Philanthropist stories serve as thesis and antithesis, what would a new synthesis story look like?

A Visit to the Starfish Foundation

A philanthropist is at her desk, busily writing checks to oyster farmers, climate activists, culture changers, and even to an eccentric ecophilosopher, when her friend bursts into her office. “You ready for that drink?”

“Just about,” says the philanthropist. “Just a few more checks to get into the mail.”

“Can’t it wait? I’m thirsty.” the friend responds, flopping himself into a chair. “And does any of this really even matter?”

Surprised, the philanthropist pauses, struggling to find the right reply. Then, in a moment of lucidity, the future flashes before her eyes. She sees time unfolding, generation after generation all interwoven with countless other lives in this interdependent living Earth system where the boundary between land and ocean is just an indistinct ripple.

“It matters to you.” The philanthropist states in an almost otherworldly voice. “Your son will become an oyster farmer. As will his daughter. And one day, your great granddaughter will help evolve a new oyster that siphons and concentrates microplastics, making little plastic pearls5 that can be made into future durable plastic goods while cleaning up the oceans.”

“But most importantly, it matters to every generation of your descendants and all humans’ and animals’ descendants, as the oceans provide the oxygen you breathe, food you eat, and climate stability. So yes, it matters. It matters to you.”

“Woah, ok. Sorry,” says the friend. “You’re right, take your time.” And after a moment of quiet, he says with a wry smile, “And of course, the drinks, and oysters, are on me tonight.”

How We Spend Our Time

So by all means, keep throwing back starfish, less so the dead fish, but keep asking yourself, how do you help heal the ocean at the same time? How do we upgrade the cultural, political, and economic systems that shape our lives so that poverty, climate change, systemic racism, violence, ill health, and the many other symptoms of modern society no longer exist? Yes, that sounds impossible, but it is possible to make some difference. But how much of a difference depends on what actions you take with the limited time, energy, and money that you have.

1) Sometimes, you think you know a story until you really investigate it. It turns out that the Starfish story we all know is actually a bastardized version of a 16-page long essay by Loren Eiseley. It is a much more nuanced reflection on the inherent value of life, rather than just human life. And the actions of the Thrower are far more useful in that story, where he’s flinging the Starfish back into the ocean before the consumeristic “collectors” can gather and kill them to make pretty souvenirs out of them. But in this case I refer to what Wikipedia calls the motivational speakers’ version.

2) “The Star Thrower” was published in 1969, The Madman, a Khalil Gibran’s stories compilation in 1918. You can read The Madman at Project Gutenberg.

3) There are many many books now written critiquing modern philanthropy, from Sweet Charity to Uncharitable.

4) This isn’t the place to go into that huge topic of cultural transformation, but here’s a whole book on the subject that I helped craft.

5) Yup, in the future, nurdles could come from oysters. Why not?