Racism and the national soul 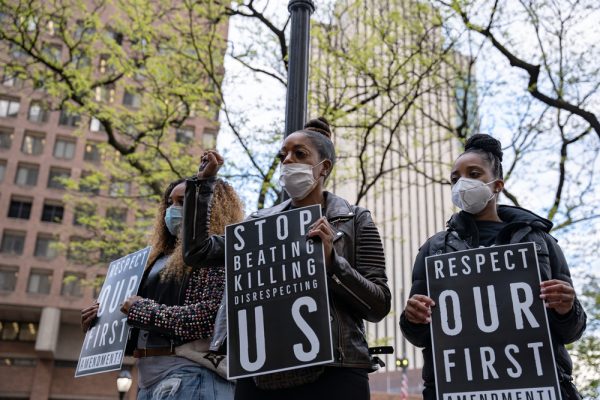 How deep does American racism go?

And is it possible to uproot it?

Or will it simply — endlessly — shift shape, wrap itself in the political correctness of the day and morph, say, from slavery to Jim Crow, from Jim Crow to stand-your-ground laws, gerrymandering and voter suppression?

At some point, the forces of sanity and survival must prevail and we must face this stain on the national soul with terrifying and transcendent honesty — and eliminate it. But how, oh God, how?

Every “legal” murder — by police, by private citizens — of a human being of color brings up such questions. The most recent race-entangled murder to suddenly explode across the headlines is that of Ahmaud Arbery, a 25-year-old man who was shot and killed on Feb. 23, while jogging in Brunswick, Ga. Two white men — a father (a former employee of the local District Attorney’s office) and his son — had seen him running through their neighborhood, assumed he was a criminal, grabbed their guns and stalked him down. The local DA, George Barnhill, refused to prosecute the case. No charges were filed against the two men for 74 days — until after a video of the shooting was made public.

As Adam Serwer noted recently in The Atlantic, “Barnhill’s leniency is selective.” He had spent years attempting (unsuccessfully) to prosecute a black woman who had helped another black voter use an electronic voting machine for the first time. Serwer wrote: “A crime does not occur when white men stalk and kill a black stranger. A crime does occur when black people vote.”

This is American racism in the raw: the emperor with no clothes. And such stories are endless. For instance, the family of Breonna Taylor, an EMT, recently filed a lawsuit — with the help of the same civil rights attorney working with Ahmaud Arbery’s family — against three Louisville, Ky. police officers who broke into her apartment at 1 a.m. on March 13 during a narcotics investigation. Taylor, age 26, was killed.

No drugs were found, the person the police were seeking didn’t live there, and they didn’t knock or identify themselves. But during the melee, according to the Louisville Courier-Journal. “police fired more than 20 rounds into Taylor’s home, striking objects in the living room, dining room, kitchen, bathroom, both bedrooms and into an adjacent residence where a 5-year-old child and pregnant mother were present.”

These are not isolated incidents. They’re situation normal: part of the pandemic of racism that has been gnawing at the soul of this continent ever since the Europeans arrived here. The nation’s racism has manifested itself over the centuries in countless ways, politically, socially, economically. The racism is deeply embedded in the country’s institutions, its legal system and — oh so discretely and between the lines — in our founding documents.

Serwer, discussing the ideas of Jamaica-born philosopher Charles Mills, points out that the assumptions of white innocence and black guilt — the basic American institutional understanding of social order — are part of what Mills, in his book of the same name, calls “the racial contract.” Serwer explains:

If the social contract is the implicit agreement among members of a society to follow the rules — for example, acting lawfully, adhering to the results of elections, and contesting the agreed-upon rules by nonviolent means — then the racial contract is a codicil rendered in invisible ink, one stating that the rules as written do not apply to nonwhite people in the same way. The Declaration of Independence states that all men are created equal; the racial contract limits this to white men with property. The law says murder is illegal; the racial contract says it’s fine for white people to chase and murder black people if they have decided that those black people scare them.

And Esau McCaulley, writing in the New York Times about the Arbery killing, put it this way:

Black folks need more than a trial and a verdict. Our problems are deeper, rooted not in the details of a particular case, but in distrust of the system charged with protecting us and punishing those who do us harm. This cynicism is well earned, arising out of repeated disappointments. To begin to heal this distrust we need this country to take responsibility for its devaluation of blackness and its complicity in violence against black bodies.

Obviously, some enormous approach to change is necessary. Can this country grow up — finally? We won’t “end” racism. We won’t end fear, hatred, projection, stupidity or mental illness, but can we not at least begin disinfecting our legal and political structure of racism’s horrific consequences? What would it take to deinstitutionalize racism?

First it would take a belief that doing so was not simply necessary but possible. Beyond that, the answer feels almost beyond reach . . . something the size of a social Big Bang. Certainly the answer isn’t bureaucratic: some new law, with the “racial contract” still invisibly simmering between the lines.

Real change would probably have to begin with an enormous public conversation, on the order of South Africa’s post-apartheid Truth and Reconciliation Commission, and national acknowledgment of our history, including slavery and genocide — the theft of people, the theft of the continent — followed by atonement, reparations and institutional changes.

The first institutional change would have to be in our criminal justice system and our underlying theory about the maintenance of social order. Disarm policing. Rethink justice: It’s not a matter of punishment but a matter of healing. This would require moving from the simple to the complex, i.e., from imprisonment and the further devastation of impoverished families and communities to processes such as restorative justice, in which victims and offenders — believe me, this is not simple — are able to talk and reach reconciliation.

We don’t maintain order by threat and domination. Order results from trust and understanding. An entire social transformation is needed that acknowledges this. Without it, the worst of who we are will find ways, as it always does, to sneak back in and regain control.

Robert Koehler ([email protected]), syndicated by PeaceVoice, is a Chicago award-winning journalist and editor. He is the author of Courage Grows Strong at the Wound.

How Safe Can We Really Be?

Before The Bombs Come The Platitudes

Dancing on the Edge of Hell

Sexual assault and the American way

Transcending the certainties of war

Afghanistan on the brink of disaster

The court of ecological awareness