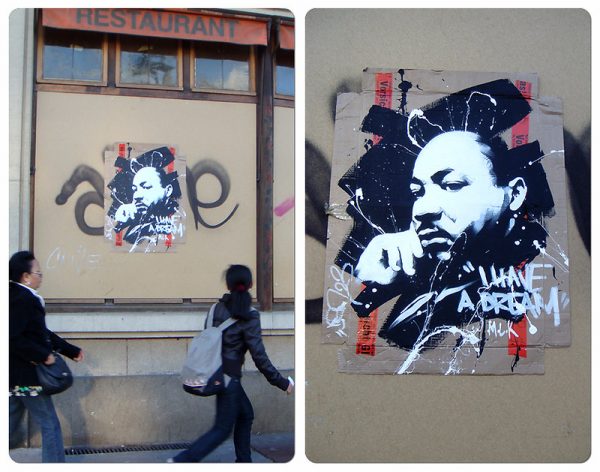 The third Monday of January is celebrated as a national holiday to honor the memory of the Reverend Dr. Martin Luther King Jr., a man whose legacy is larger than life and whose work benefitted all of humanity.

But his deeper legacy is to show humankind a more evolved way to manage conflict. He led a minority of oppressed, disenfranchised, impoverished Americans living in former slave states to freedom, not with the sword, but with militant love, an advanced form of conflict transformation that taught the world lessons even beyond the great Gandhi.

King’s life was cut short and there is great sadness that the racist forces he worked so hard to oppose live on. Most insidiously the normalization of dishonesty and the abundant gaslighting in Republican politics have allowed his work to be whitewashed with little resistance. He is now routinely quoted by the people promoting legislation and policy he would condemn.

The racism of 2023 is both the continuation of a long legacy of American white supremacy but also the denial that racism even exists. It is mind boggling to place remembrance and renewal of King’s vision into the political drama of our times.

In the unprecedented 15 ballots required to elect Kevin McCarthy as Speaker of House we saw the worst of what conservatives represent and the ahistorical denial of inequality and threat posed by prejudice.

McCarthy, a fierce advocate for sanitizing history and critic of teaching actual history, has said, “Critical race theory goes against everything Martin Luther King has ever told us, don’t judge us by the color of our skin.”

Critical race theory is the idea that race relations have been a profoundly oppressive part of US history. This includes teaching that the Three Fifths Compromise, made in the 1787 Constitutional Convention, which said that three out of every five slaves would be counted in the population so that more representation and federal funding would go to slave states–despite slaves have zero rights, despite their status as mere property. Without this ungodly compromise it is certain the Constitution would not have been ratified.

John James, African American newly elected Republican Congressman from Michigan, said during the Speaker nomination debacle, “Our nation has made a lot of progress. That includes families like mine. My family has gone from slave to right here since 1856.” With staggering hypocrisy, James nominates a person who does not believe the history of slavery or Jim Crow segregation should be taught in schools.

Black Americans, in general, are quite aware that Republicans will suppress their votes, will oppose funding social uplift programs in black communities, and will look the other way when polluters make their children sick. Republicans woo some with enticing promises to include some of them in an American material success elite, but black Americans, in very high percentages, continue to vote for what they know to be a better bet.

Martin Luther King Jr. met with John Kennedy and Lyndon Johnson, two Democrats who got the Civil Rights Act and Voting Rights Act promoted and passed. Republicans since Richard Nixon have increasingly become the party of rolling back those rights.

Martin Luther King Jr. knew of threats against his life and nonetheless traveled to Memphis to support sanitation workers in their quest for workers’ rights. In his last speech he said, “I may not get there with you.” But it is important to remember what nonviolent direct action he promoted, strategic economic withdrawal:

“We are asking you tonight, to go out and tell your neighbors not to buy Coca-Cola in Memphis. Go by and tell them not to buy Sealtest milk […] up to now, only the garbage men have been feeling pain; now we must kind of redistribute the pain. We are choosing these companies because they haven’t been fair in their hiring policies; and we are choosing them because they can begin the process of saying, they are going to support the needs and the rights of these men who are on strike.”

King’s words were specifically tactical mixed with soaring inspiration. King critiqued capitalism, war, and poverty in the midst of wealth; he called for the redistribution of financial excess, a guaranteed income, and came out against the Vietnam War.

Republicans love to cherry-pick from King’s 1963 speech: “I have a dream that my four little children will one day live in a nation where they will not be judged by the color of their skin but by the content of their character.”

But these Republicans keep insisting that we cannot teach the rest of the speech; King knew struggle “we’ve come here today to dramatize a shameful condition” … “Now is the time to rise from the dark and desolate valley of segregation to the sunlit path of racial justice” and “We cannot be satisfied as long as the Negro’s basic mobility is from a smaller ghetto to a larger one.”

It would be nice if the misleading lip service could be replaced with work towards the visions. Legislation for affordable housing, living wages, access to entitlements, and real economic integration could be the work of Speaker Kevin McCarthy; King’s Dream could be honored, but instead we move closer to banning his real message and reversing the justice he and his movement achieved.

What is the Debt Ceiling?

The Squeaker of the House

Your body my choice?

A world for future generations

SOS: will the world answer the calls for help?

When we see, learn, and act, and use the counterfactual

Be Prepared to Defend Democracy

The Menacing Threat of Hate and Political Violence