COVID-19 from the front lines 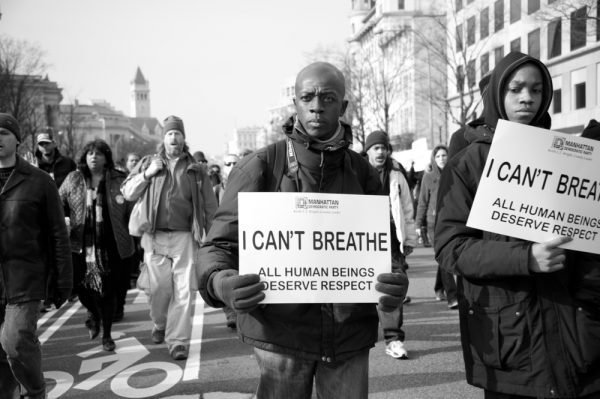 Some of us in the frontlines of health care have been trying to convince CDC to declare racism as a threat to public health. We think our proofs are strong.

Nearly five years ago, when we started the Racism is a Public Health Threat campaign in Portland, Oregon at Race Talks PDX, hosted by long-time community justice activist Donna Maxey, a consistent response from both fabricated “sides” of the racial divide in this country was, “What then?” as if the rightness of it were contingent upon that response.  And my answer was the same: They do their job, we do our job, the CDC criteria for declaration and protocols for remedy are already established.

Race has always been a frightening topic for much of America and what we see now, as white America is on the cusp of being just another minority in the USA, is near hysteria from the White House on down.

The unknown, the fear of loss of unearned and largely unrecognized privilege, looms large, especially in the setting of the most divisive and labile political climate in memory.  Our voice, the call for health justice, has been suppressed, ignored and rejected.

The mental health aspects of threats to cultural power (or one might say “cult of personality”) darken our days now—witness the orchestrated demonstrations in battleground states demanding an end to social distancing, as if temporary loss of business is far more threatening than a pandemic raging worse here than in any country on Earth, killing more than 2,000 Americans every day—and yes, African Americans at far higher rates by the CDC’s own figures.

“It isn’t what you say, it’s how you say it,” I’ve been told.  And my response, as a black woman and as a primary health care provider, has been the same: “It’s been said every other way, and yet perceived and proven racism continues to result in death, illness, or injury to the bearer,” so it is the message that America just doesn’t want to hear and never has.

While we revere the memory of peace makers like Dr. Martin Luther King, Gandhi, Mother Teresa and Mandela, we fail to learn their lessons and walk in their footsteps. Their teachings include rising above our privilege or lack thereof, and seeking equality for all.

I have been black a long time—I am a child of the Civil Rights era. I confess to discouragement. We Americans are like ignorant and immature children peering incredulously through a window removed from the dangers of the adult world, as if the stories of pain and loss are made for Netflix, not real.

With the emergence of COVID19, we see all hands on deck, mobilized and motivated to halt its spread, and most of us are appreciative of those working to defeat it. Public health campaigns bring light and awareness to it and funding is found locally if not nationally for those treating it.  Lives are lost, love is expressed and our best selves are called to rise to this frightening challenge in unity and compassion.  What has not changed is the disproportionate impact of this disease on African Americans. We are approximately 13 percent of the US population, we are approximately 33 percent of the COVID19 mortalities, and even before all this, the Harvard Business Review found that:

What has also been consistent is the callous gaslighting and largely falsifying approach of an entitled economic elite at the highest levels that continues to cost lives.  This accompanies vitriol and lack of leadership clearly prolonging the misery. Our national health services appear woefully inadequate to the challenge and behind the efforts of our global neighbors.

We announce the threat, initiate containment measures, screen the most vulnerable, support the front line fighters and then wait to evaluate those efforts and allow our observations to guide next steps.  This is part of the protocol of which so many have been afraid and thus reluctant to support our campaign.  This is the job of our national health leadership — and they know it.

In primary care, which is what I do, just as in national health prevention, it is hard to prove a negative, what would have happened, what has been saved.  But we see “flattening the curve” as just that during the pandemic.  When will we see that in our efforts against health disparities if we never call out the issue?  If we never actually make the diagnosis, how will we ever flatten the curve and see the $billions in savings associated with racial health care disparities?

We get it. Change is frightening. Illness is scary, especially when mixed messages about medical approaches increases confusion around action steps.  But what we’re seeing is at least a light to bear on the intersection of greed and racism in this moment and many are crying for equity and justice, recognizing what communities of color have been experiencing for generations.  Now is the time, America, to begin the process of healing from one virus to learn those lessons and apply them to another and more persistent one, more virulent, costly, unjust and long, long overdue, the virus of racism.  Please join and send this and our campaign to clinicians who would likely sign a letter to this effect to CDC and Surgeon General calling for action.  We and they now see and therefore know what steps to take, we need them to just show the courage and leadership to do it. https://sign.moveon.org/petitions/racism-meets-criteria?r_by=16228964&source=c.fb

Leslie Gregory is a PA-C focusing on Preventive Cardiology and is Executive Director, Right to Health.

One small statement from CDC, one giant hope for our humanity