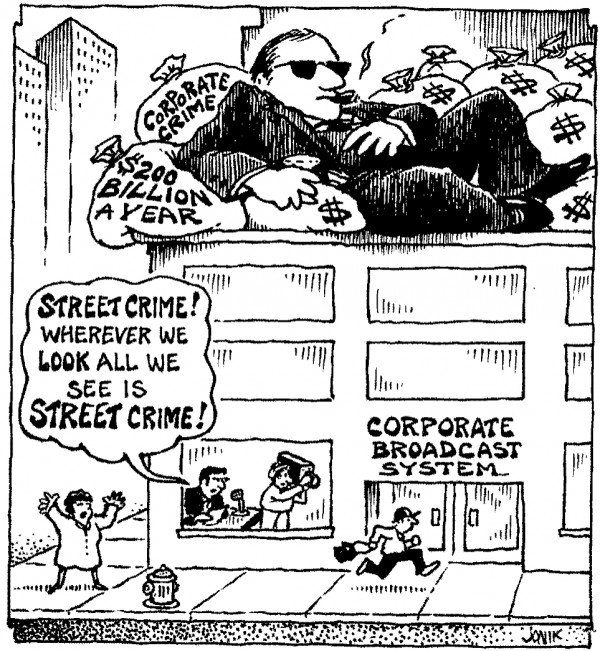 In the March issue of Z Magazine, we wrote about Z’s diminishing paid subscriptions and financial crisis in the editorial “Our Dilemma.” We listed possible solutions/changes, most of which we were reluctant to make. We wrote: “We have been cutting costs as best we can in the last few years and will continue to do so, but we fear this will not be enough in the long run. Recent attempts at emergency fundraising have not been very successful.

“We are fighting for survival in a bad economy and we are experiencing the apparent decline in willingness (or ability) among progressives to pay for information, which means, of course, that media producers (writers, publishers, graphic artists, etc. must work for free or continually fundraise, as many are doing. For Z, barring a miracle, we may have to make drastic changes in the next few months.” Should we:

We asked for your help and advice. Since then we have received many letters of praise and encouragement as well as many donations for which we thank you. In general, most respondents hoped we could keep the monthly print version, but were okay with six times a year, but disliked online only as they “hardly ever read articles online.” The quarterly idea was not popular.

There were some ideas for fundraising and some queries about chariable trusts and setting up regular donations directly from their bank accounts, all of which we can accommodate (and are already doing through our online Sustainer Program ).

Some expressed concern about the disapearance/disarray of the left, others suggested reorienting Z, still others thought that there were too many progressive journals and they couldn’t read them all.  One person even wondered if there was a need for Z unless it “stimulates debate on theory and practice.” One person thought there was so much material on the Internet—news and analysis—that Z was no longer unique and felt we should ask ourselves, “Why bother?”, while another wrote that she is indebted to Z for keeping her “sane all these years” and that she feels like “I have lived in an insane asylum run by the criminally insane on top of a toxic nuclear waste dump.” She hopes her donation will help keep Z in print as she knows she will go over the edge if  “If lose my ‘reality is radical’ connections.”

The latter comment is similar to many others that we have received over our 27 years of publishing when people call the office to talk with us or enclose a note with their subscription/renewal. Two of these stand out: one was from a Marine, now in prison, soon to be released, and he told us how Z had not only changed his life, but had affected other prisoners as well. The second was from a soldier on a ship off Iraq during the start of the Gulf War. He called to thank us for Z. We were amazed that he had gotten hold of a copy, and that he was able to call.

We wanted to let you know that since “Our Dilemma” appeared in the March issue, things have improved enough for us to be able to take more time with our decision.  In the meantime, we would like to assure you that we have never asked ourselves, “Why Bother?” And, we have always thought, in light of the massive amount of right-wing and corporate mainstream media offerings, that there needed to be much more progressive material out there and that it needed to be more varied in content, foucs, and format. In addition, more people needed to be writing, interviewing, and reporting on a wider range of topics. Those who have been reading Z since the late 1980s will remember the variety of topics covered in those early 112-page issues.

For those who don’t know, Z’s purpose has always been: (1) to reflect the very important politics that grew out of the vast social movements in the 1960s and 1970s—and subsequent movements—which were in danger of disappearing from the written record. Our belief in those politics is reflected in the following statement of pupose, developed by the South End Press collective in 1977:

“We are concerned with the totality of oppressions in the United States, especially those based on race, sex, class, authority. We see the need to understand how these oppressions are perpetuated through our economic and political system, and in our culture, ideology, and consciousness. Although our main focus is the U.S., we are concerned with exploitation in other countries and opposition to it. We see these struggles as fundamentally linked with our own. As activist publishers we hope our media will help further the socialist, feminist, anti-racist movement in this country. And we want to assist in the development of visions and strategies for a future society.”

In addition, (2) we wanted to challenge the hierarchical corporate workplace structure and create a model institution organized around the principles of a democratic workplace, which we have done. From that came the development of the International Organization for Participatory Society and such visions as Participatory Economics (PARECON) and Participatory Politics (PARPOL).

Also, (3) we wanted to publish work by Noam Chomsky, Howard Zinn, Ed Herman and others whose articles look at the institutions of power. As a reminder, we have included an analysis of mainstream media institutions by Noam Chomsky, and excerpts from Chomsky and Herman’s Manufacturing Consent where their “propaganda model” first appeared.

In the U.S., if we want to change awareness, consciousness, and the institutions that oppress us, we need more than the handful of “alternative media” and more than a handful of subscribers in order to attain visibility in the mainstream media world. We need progressive people to keep us going, to see themselves not just as readers, but as media activists, perhaps even forming Media Action groups in their communities or work- places and schools.

Without paid subscribers and sustainers, Z will disappear—and we won’t be the only ones. Consequently, there will be no record that people resisted, not just by marching and occupying, but by writing about the savagery of the U.S. government, economic system, and the complicity of the media. It is essential for those critical of U.S. institutions of power to see alternative media not as a “product,” but as an organizing tool for activists to challenge the manufacture of consent, to change the filtering process that distracts us and keeps us focusing on the individuals in power without criticizing the system of power itself.

Lydia Sargent is a co-founder and  staff member of Z Magazine.

Lydia Sargent (January 10, 1942 - 27 September, 2020) was a mother of three, a feminist, a playwright, publisher, director, actor, and activist. She cofounded Z Magazine, South End Press, and Z Media Institute. She was a member of the Newbury Street Theater in Boston and drew significant acclaim for her play, I Read About My Death in Vogue Magazine (1985). She produced, directed, and acted in many plays with the Woods Hole Theater Company. Lydia was the author of Women and Revolution, Playbook, and many journalistic works and essays. She engaged in countless other projects as an anti-war activist, civil disobedience organizer, and teacher. She is remembered as an inspiring example of bravery in overcoming personal circumstance, and of loving always firstly to pursue better for all.