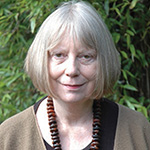 Rowbotham was born on 27 February 1943 in Leeds (in present-day West Yorkshire), the daughter of a salesman for an engineering company and an office clerk. From an early age, she was deeply interested in history. She has written that traditional political history "left her cold", but she credited Olga Wilkinson, one of her teachers, with encouraging her interest in social history by showing that history "belonged to the present, not to the history textbooks". She began her working life as a teacher in comprehensive schools and institutes of higher or adult education. While attending St Hilda's College, Rowbotham found the syllabus with its heavy focus on political history to be of no interest to her. She has described herself at the time she started her studies at St Hilda's as "not at all left-wing" and a "mystical beatnik hippie-type", although she soon started to make contact with leftists, including fellow Oxford student Gareth Stedman Jones, who became a professional historian. Rowbotham also met E. P. Thompson and Dorothy Thompson at this time, after a tutor recommended that she should visit them due to their interest in Chartism and the history of working-class movements: Rowbotham read the proofs of E. P. Thompson's The Making of the English Working Class, which she has described as "like no other history book I’d read". Through her involvement in the Campaign for Nuclear Disarmament and various socialist circles, among them the Labour Party's youth wing, the Young Socialists, Rowbotham was introduced to Karl Marx's ideas. Soon disenchanted with the direction of party politics, she immersed herself in a variety of left-wing campaigns, including writing for the radical political newspaper Black Dwarf, whose editorial board she also joined.

Sheila’s memoir shows us what is possible, but that it is our job to go out and do it

In Hope and Struggle

Interview on life in the struggle for women’s liberation, her path to socialist feminism – and why she believes the debates of the 1970s continue to hold such resonance today

[This essay is part of the ZNet Classics series. Three times a week we will re-post an article that we think is…

[This essay is part of the ZNet Classics series. Three times a week we will re-post an article that we think is…