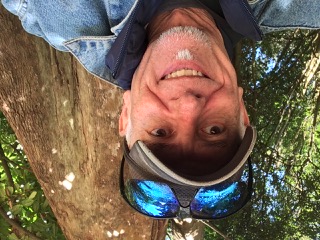 Sandy Carter was born in Gulfport, Mississippi and grew up in Amarillo, Texas. While attending the University Of Texas at Austin, he became active in the late 60s anti-war, student, and civil rights movements. During the last three decades, he has been active in organizing around workplace, community, and mental health issues. Since the early 80s, he has been living in the Bay Area. His writing on music, politics, and popular culture has appeared in outlets such as the Bay Guardian and The San Francisco Chronicle. "Slippin` & Slidin," his column on music and popular culture, appeared monthly in Z Magazine.

Yes we need gun control. But we need it mostly to protect us from the weaponized  aggression of boys and men

Carter After September 11, all forms of popular music seemed particularly out of sync with the times. There was the predictable upsurge…

Talking About Myths, Heroes, And Scoundrels

Carter Michael Franti and Spearhead, Stay Human (Six Degrees) From his days with the Beatnigs and the Disposable Heroes of Hiphoprisy on…

Carter Because his raw, plaintive tenor graces the platinum-selling soundtrack of Joel and Ethan Coen’s film O Brother, Where Art Thou,…

Carter After selling more than seven million albums with her musical partner Emily Saliers in the Indigo Girls, Amy Ray is finding…