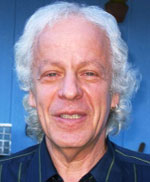 Peter Bohmer has been an activist in movements for radical social change since 1967, which have included anti-racist organizing and solidarity movements with the people of Vietnam, Southern Africa, Puerto Rico, Cuba, Palestine and Central America. For his activism and teaching, he was targeted by the FBI. He was a member of the faculty at the Evergreen State College in Olympia, WA from 1987 to 2021 where he taught political economy. He believes alternatives to capitalism are desirable and possible. Peter is the proud parent of a daughter and three sons.

I recently returned from a two month visit on July 7, 2022 to seven countries in Europe visiting friends, families and activists.…

Perspectives on the War and Rebuilding an Anti-war Movement

Even one month into the war, there is the possibility of a negotiated settlement that is somewhat fair and just. I know many of us feel powerless but let us do what we can

Support Ukraine! Russia Get Out of Ukraine! No U.S. or NATO War!

Let’s build solidarity with people across borders who are resisting oppression, exploitation, authoritarianism and repression and foreign intervention

My talk at the “No War with Russia over Ukraine Rally”

Let us connect U.S. militarism and imperialism, not only to its costs, but also to “race,” gender and class oppression at home and to an exploitative capitalist system

We have the opportunity to build and participate in these social movements, in minor and major ways, while educating ourselves and not isolating ourselves alone or in small cliques

A look at alternatives to capitalism

The Case for a Substantive Universal Basic Income

The 2020 Election and What We Should Do Now

We shouldn’t give Biden any breathing room and wait to see what he does before acting. We need to build campaigns and social movements and mass action in the streets for progressive policies

Comments on the 2020 Election and What We Should Do Now

There are limits to reform of a capitalist society. While working on these reforms, we also need to build the power and the vision to go beyond minor or even significant reforms, towards ending capitalism and creating a participatory socialist society

Raise the Social Cost: An Important Strategic Concept; No Justice, No Peace!

We should reach out and listen before we criticize some of their actions. These direct-action resisters have the potential or already are an important part of social movements and organizations that demand a better world

Perspectives on the War and Rebuilding an Anti-war Movement

Support Ukraine! Russia Get Out of Ukraine! No U.S. or NATO War!

The 2020 Election and What We Should Do Now

Lessons from The Greek Crisis: There Is Some Way Out!