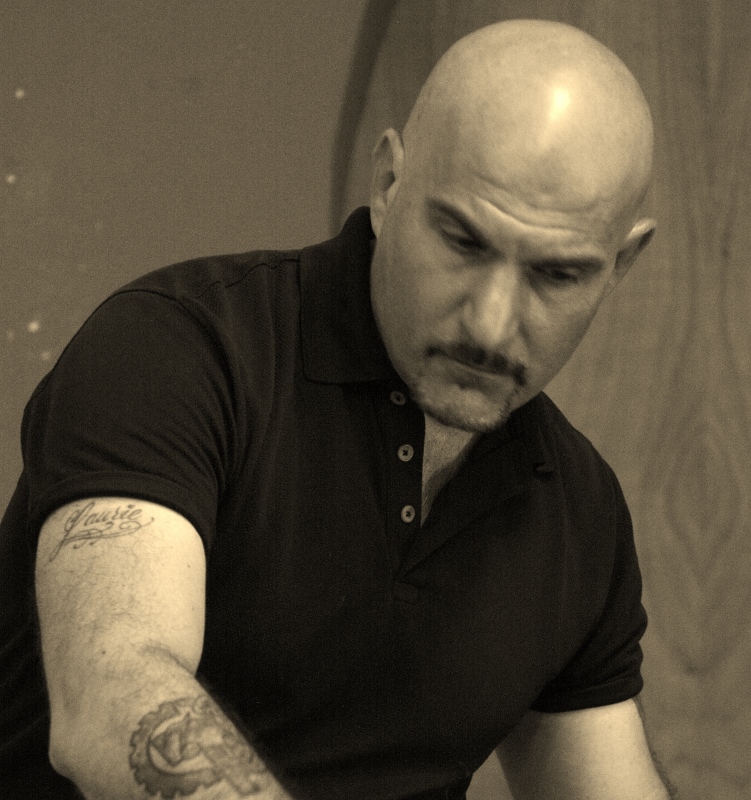 John Pietaro is a writer, musician, cultural organizer and publicist from Brooklyn NY. His essays, reviews and fiction have appeared in Z, the Nation, CounterPunch, the NYC Jazz Record, Political Affairs, the People's World, AllABoutJazz, Struggle, and many other publications as well as his own blog The Cultural Worker ( http://TheCulturalWorker.blogspot.com ). He wrote a chapter in the Harvey Pekar/Paul Buhle book SDS: A GRAPHIC HISTORY (Hill & Wang 2008) and self-published a book of proletarian short stories, NIGHT PEOPLE & OTHER TALES OF WORKING NEW YORK (2013). He is currently working on both a definitive history of revolutionary culture and a novel. As a musician performing on the free jazz and new music scene in NYC, Pietaro--a vibraphonist/percussionist--regularly works with Ras Moshe, Karl Berger, Harmolodic Monk, the Red Microphone, the 12 Houses and others. Over the years he has performed with Alan Ginsberg, Fred Ho, Amina Baraka, Roy Campbell, Will Connell, Steve Dalachinsky and many more. Pietaro is the founder and organizer of the annual Dissident Arts Festival and has established many other concerts connected to progressive and radical topics in both NYC and the Hudson Valley area of New York. In 2014 he created New Masses Media Relations, a publicity service for creative artists on the Left and in the underground.

The Pervasive Reality of Strange Fruit”

The song “Strange Fruit” lives on as legendary poetry and music that makes perhaps the strongest argument against race hatred of any artwork. Though it will forever be associated with Billie Holiday, the piece’s relevance calls for it to be renewed and relived, over the course of generations and, likewise, struggles.

Musicians as Cultural Warriors in the Occupy Movement

Her high, lonesome sound that touched so many could only have been born from strife and fight-back. Singer/guitarist Hazel Dickens's sound…

Somehow the reports were too slow to come in: a quick note on the Internet, a bare posting on a folksong blog,…

Silber with Barbara Dane Irwin Silber is recalled today as a primary creator of the urban folk song revival, which…

with Ivan Dixon in Nothing But a Man with Max Roach Vocalist, actress, and activist Abbey Lincoln captured the energy…

FDR And The New Deal For Beginners

Utah Phillips was born Bruce Duncan Phillips in Cleveland, Ohio in 1935. He decided early on that he would dedicate his time…

A People’s History of American Empire