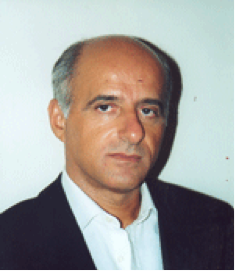 C.J. Polychroniou is a political scientist/political economist, author, and journalist who has taught and worked in numerous universities and research centers in Europe and the United States. Currently, his main research interests are in U.S. politics and the political economy of the United States, European economic integration, globalization, climate change and environmental economics, and the deconstruction of neoliberalism’s politico-economic project. He has published scores of books and over one thousand articles which have appeared in a variety of journals, magazines, newspapers and popular news websites. His latest books are Optimism Over Despair: Noam Chomsky On Capitalism, Empire, and Social Change (2017); Climate Crisis and the Global Green New Deal: The Political Economy of Saving the Planet (with Noam Chomsky and Robert Pollin as primary authors, 2020); The Precipice: Neoliberalism, the Pandemic, and the Urgent Need for Radical Change (an anthology of interviews with Noam Chomsky, 2021); and Economics and the Left: Interviews with Progressive Economists (2021).

Noam Chomsky: Another World Is Possible. Let’s Bring It to Reality.

It’s a truism that the world is in a dismal state; indeed, there are too many great challenges facing our world and…

Advanced US Weaponry in Ukraine Is Sustaining Battlefield Stalemate

It’s now more than 300 days since Russia’s invasion of Ukraine, and the conflict has intensified rather than subsided, with Ukrainian leaders expressing…

Noam Chomsky: “We’re on the Road to a Form of Neofascism”

Neoliberalism has reigned supreme as an economic philosophy for nearly half a century. But neoliberal policies have wreaked havoc around the world,…

The specter of inflation is haunting the world’s economies. Surging prices since 2020, especially in food and energy, have eroded global living…

US Sanctions on Iran Don’t Support the Protests, They Deepen Suffering

Protests have been raging in Iran since mid-September in response to the death of Mahsa Amini, the 22-year-old Kurdish-Iranian woman who died…

Capitalism has been around for such a long time that it is hard for people even to imagine a world without it.…

Options for Diplomacy Decline as Russia’s War on Ukraine Escalates

Russia’s war in Ukraine has gone on for nearly nine months, and it has now escalated to highly lethal levels. Putin is…

Russia’s war in Ukraine has gone on for nearly nine months, and it has now escalated to highly lethal levels. Putin is…

Since the end of the Cold War, hybrid political regimes have been steadily gaining ground across the world. Hybrid regimes rest on a…

Noam Chomsky: Another World Is Possible. Let’s Bring It to Reality.

Advanced US Weaponry in Ukraine Is Sustaining Battlefield Stalemate

Noam Chomsky: “We’re on the Road to a Form of Neofascism”

US Sanctions on Iran Don’t Support the Protests, They Deepen Suffering

Chomsky and Pollin: Pushing a Viable Climate Project Around COP27