The reason is that he is a progressive politician, while the anti-Corbyn MPs are more conservative and include the right wing of the party.

We are thus witnessing, in the words of the London Financial Times, a ‘coup’ attempt led by a ‘cabal’ of Blairite Labour officials.

Let’s first discard the myth that this is about Corbyn’s bad performance in the Brexit referendum.

First, Corbyn didn’t do poorly – it is David Cameron who failed completely. Indeed, 63% of Labour supporters voted to Remain while 37% voted to Leave. Compare that with Conservative Party voters: only 42% voted Remain but 58% voted to Leave.

Moreover, in Corbyn’s constituency of Islington, an impressive 75% of voters backed Remain while only 25% voted to Leave. To add insult to injury, some of the Labour politicians making the loudest criticism of Corbyn in relation to Brexit utterly failed to convince the electorate in their own constituencies to vote Remain. 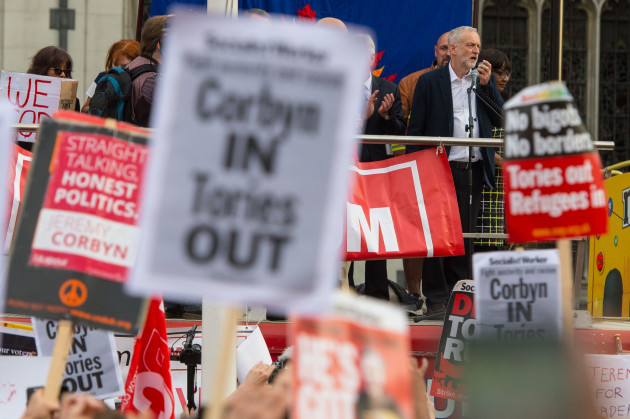 Second, timing. The coup was in the making before the referendum outcome and the plans had even been reported in the media.

In short, there’s always been resentment about Corbyn on the part of more right-wing Labour MPs and it is no wonder that a plot was orchestrated; a crisis like Brexit offered the perfect opportunity to implement those plans.

The real reason why Corbyn is facing a leadership challenge is that he is progressive and threatens the whole British establishment, including the right-wing and moderate factions of the Labour Party. Just like Podemos and Syriza, Corbyn is disliked by the European and national establishment.

This is why Corbyn has received a lot of negative coverage in the British mainstream media and from the Conservative Party as well.

David Cameron is the number one culprit for Brexit because he decided to call that referendum in the first place, campaigned for a Remain vote, but was so out of touch with popular anger at government and the EU that he got smacked in the face with a Leave outcome.

But he is now blaming Corbyn for his defeat and telling him: “For heaven’s sake man, go”. Cameron says Corbyn’s departure would be in “the national interest”.

But in fact it would be in the British establishment’s interest, which is very different from that of ordinary people. 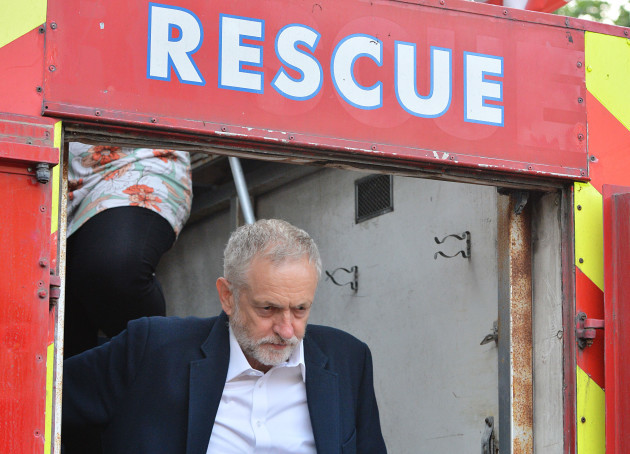 Perhaps the most comical attack on Corbyn on the part of the media came from the right-wing Daily Telegraph, with an article entitled: ‘Jeremy Corbyn’s overgrown garden reflects the man himself, Alan Titchmarsh says’.

If that’s the best argument the media could find against Corbyn, he must in fact be excellent.

“Labour must now act to remove Jeremy Corbyn” because without change, the party faces an “apocalyptic future.”

Corbyn is allegedly ‘unfit’ to be the leader and he supposedly ‘sabotaged’ the Remain side in the Brexit campaign.

But the Financial Times concedes that the plot to get rid of Corbyn faces a little problem: democracy.

Indeed, Corbyn has good support among Labour Party members, who are ordinary people who elect the party leader.

Then last month, a YouGov/The Times poll conducted among Labour Party members asked who they would vote for if there was an election for the next Labour leader. The results are clear: Jeremy Corbyn comes first with 43% support.

The second is Andy Burnham at a meagre 10%. Then comes the laughable support for his challengers: Hilary Benn (4%), Angela Eagle (2%) and Margaret Hodge (0%).

A new YouGov/The Times poll was just released on 1 July. It shows that Corbyn’s support has dropped but that he still would beat any contender for the leadership. For example, 50% would vote for Corbyn vs. 40% for Angela Eagle.

The drop in support seems perfectly understandable given the barrage of negative propaganda to which Corbyn has been subjected over the last week (during which the poll was taken).

Moreover, 60% said the Labour MPs who resigned this week ‘were wrong to resign and try to force Jeremy Corbyn to step down’ while only 36% approved of such a move.

In addition, Corbyn just received the backing of ten of the UK’s largest trade unions, which collectively stated that ‘The last thing Labour needs is a manufactured leadership row of its own… we call upon all Labour MPs not to engage in any such indulgence’.

The coming weeks promise to be exciting and could have fateful consequences for the Labour Party.