How the Federal Reserve Protects the Top One Percent 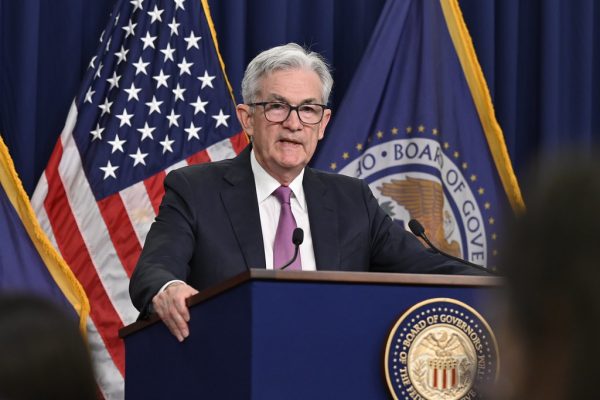 This story is part of a Prospect series called The Great Inflation Myths, which takes on the dominant orthodoxies mainstream economists and the Federal Reserve have been espousing about inflation and the need for interest rate hikes to tame it. The series was developed in collaboration with the Political Economy Research Institute (PERI) at the University of Massachusetts Amherst. You can read every piece in the series at prospect.org/GreatInflationMyths.

It’s hard to understand why the Federal Reserve kept interest rates very low for most of three decades and then shifted to keeping them unnecessarily high—until you appreciate one thing. A paramount goal of the Fed is helping owners of capital conserve and increase their concentrated wealth. Then the apparent inconsistency makes perfect sense.

Chair Jerome Powell and the Fed are willing to impose significant costs on workers and families in order to reduce inflation. The Fed’s policy of raising interest rates—by more than four percentage points in the last year—can work only if the higher interest rates end up throwing millions of workers out of their jobs. In euphemistic but telling Fedspeak, Powell declared in his December 14 press conference: “Our overarching focus is using our tools to bring inflation back down to our 2 percent goal … Reducing inflation is likely to require a sustained period of below-trend growth and some softening of labor market conditions.”

This focus on inflation, by promoting high unemployment, contradicts the dual mandate given to the Fed by Congress. Specifically, the Federal Reserve Act mandates that the central bank conduct monetary policy “so as to promote effectively the goals of maximum employment, stable prices, and moderate long-term interest rates.” Yet the Fed has been laser-focused on keeping inflation extremely low no matter the harm it may cause to the labor market or the economy.

Why does the Federal Reserve treat its high-employment mandate so cavalierly when inflation is above 2 percent? The answer stems from the fact that since its founding, Fed officials have seen the world through “finance colored” glasses. Financiers do not like high inflation. Like all creditors who lend money today to be paid back in the future, financiers hate getting paid back in dollars that are worth less than the dollars they lent out in the first place. In other words: Creditors hate unexpected inflation that was not factored into the rates they charged borrowers. And when the creditors talk, the Fed tends to listen.

However, banks and financiers are not the only powerful actors influencing the Fed. Nonfinancial business leaders might not be as inflation-phobic as financiers. Still, they have other reasons for wanting the Fed to downplay the “maximum employment” part of its mandate. As the economist Michal Kalecki noted in the 1940s, capitalists are wary of sustained high employment because it tends to empower workers by reducing their fear of the bosses’ biggest weapon: exile to the reserve army of the unemployed. So big corporate CEOs from most industries, like others who make up the top one percent (or higher) of wealth owners, are aligned in prioritizing inflation-fighting over maintaining high levels of employment.

This alignment is strengthened by the fact that many CEOs, no matter their industry, tend to have massive portfolios of financial wealth. Moreover, their companies typically engage in all manner of financial manipulations, such as stock buybacks—in other words, their companies have become at least somewhat “financialized.” So the top one percent of wealth holders from multiple industries push the Fed to focus on its inflation mandate and more or less ignore its high-employment goal.

In short, as a first approximation, the current Fed policy of rapidly raising interest rates to fight inflation by throwing people out of work serves as a wealth protection device for the top one percent.

The economic logic is straightforward. Unexpected inflation tends to diminish the real values of assets and liabilities. So net debtors benefit from unanticipated inflation since inflation erodes the value of the debt they must pay back, while creditors, getting paid back in devalued dollars, lose.

This low-inflation goal sometimes requires the Fed to raise interest rates, aggressively, as we see today and in the 1970s and early 1980s. As a wealth maximization strategy for the wealthy, this course seems paradoxical. Unexpected increases in interest rates tend to decrease the market value of longer-term securities. This can be readily seen in the significant decline in the stock market’s value since the Fed started raising interest rates last spring. Since the wealthy own most of the financial assets in the economy, this increase in interest rates would tend to reduce the wealth of the one percent. But on the other hand, as higher interest rates also lower the inflation rate over time, this preserves and increases the real value of the creditors’ wealth.

The net impact of the Fed’s restrictive monetary policy on the wealth of the top one percent depends on the timing and balance of these two forces. It turns out that in recent decades the outcome has, on balance, worked out quite well for the wealthy.

In a recent paper, we conducted an exercise to assess the impact of contractionary Fed monetary policy on real net wealth over the previous 40 years. We apply our estimates of these monetary and macroeconomic relationships to predict the impact of a 3.75 percentage point increase in interest rates by the Fed in the context of a 6 percent inflation rate. Our simulated Fed policy and inflation rate correspond to the actual environment in the U.S. from 2021 to the present.

Our results show that the Fed’s policy helps preserve the value of the wealth of the top one percent. Without intervention by the Fed, a 6 percent acceleration of inflation would erode their wealth by around 30 percent in real terms after three years—assuming the inflation rate does not continue to rise. But when the Fed intervenes with an aggressive tightening as noted above, the one percent’s wealth only declines about 16 percent after three years. That is a 14 percent net gain in real terms. Our estimates indicate the top 10 percent would experience some net benefit as well from Fed intervention, similarly protecting the real value of their wealth, but the magnitude of the effect is much smaller.

Our results thus can also help explain current debates among the one percent about the wisdom of the Fed’s continuing its policy of raising interest rates into the coming year. Some members of the one percent have urged Fed officials to pause its rate hikes as the rate of inflation is coming down. Others are pushing the Fed to “go the distance” in tightening further. This disagreement can be understood when we recognize the two opposite impacts that Fed interest rate increases have on the real wealth of the one percent. Still, neither side of this debate is particularly concerned about the impacts of these policies on the employment prospects of workers and the poor.

The Fed’s goal of protecting the wealth of the one percent can help us understand the current Fed anti-inflation policy. But the same logic explains the Fed’s policy in eras of low inflation, as in the 1990s and 2000s when the Fed was very proactive in halting stock market declines by keeping interest rates low. When inflation and worker bargaining power are low, the tension described earlier disappears as low-interest rates help to pump up asset prices, such as the stock market, benefiting the top one percent and even the top 10 percent.

Moreover, we have seen the Fed is more than willing to take advantage of this relationship during downturns. During the recovery of the 2010s, for example, when inflation was well below target for many years, Fed officials explicitly utilized the “wealth effect” channel of unconventional monetary policies such as quantitative easing (very large bond purchases) in the hope that it would in some way trickle down to the rest of the economy. But, of course, the benefits redound to the wealthy first, exacerbating wealth inequality, and only marginally benefit workers.

We can break out of the persistent Fed loyalty to society’s wealthiest only by continuing to push for structural reform and for Federal Reserve appointees who broadly promote the public interest and resist the undue influence of the one percent.

If the Fed Can Bail Out Wall Street, It Can Rescue Public Education

Will Trump’s Policies Wreak Havoc on US and Global Economies?

The Infrastructure of Fascism

Resistance in the Age of Trumpism