Could the climate crisis be “The Good News of Damnation”? 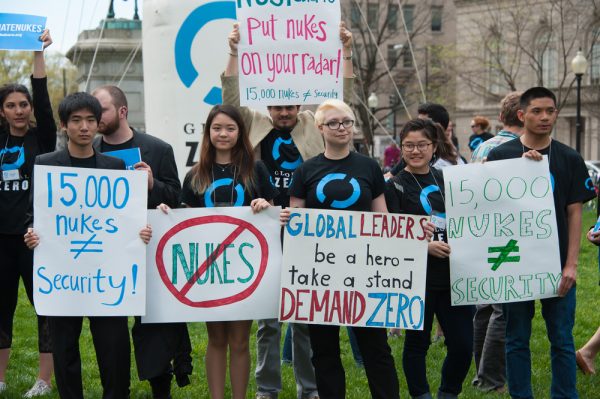 On August 12, 1945, six days after the U.S. government obliterated the city of Hiroshima with a single atomic bomb, Robert Hutchins, the president of the University of Chicago, delivered a remarkable public address. Speaking on his weekly radio program, “Chicago Roundtable,” Hutchins observed that Leon Bloy, a French philosopher, had referred to “the good news of damnation” under the assumption that only the fear of perpetual hellfire would motivate moral behavior. “It may be,” Hutchins remarked, “that the atomic bomb is the good news of damnation, that it may frighten us into that Christian character and those righteous actions and those positive political steps necessary to the creation of a world society.”

According to Hutchins, this world society would serve as the foundation of a world government, and, in the context of the existential danger posed by nuclear war, he was totally committed to creating it. “Up to last Monday,” he said, “I didn’t have much hope for a world state.” But the shock of the atomic bombing, he added, crystallized “the necessity of a world organization.”

In the following months, Hutchins created, and then presided over, a Committee to Frame a World Constitution―a group of farsighted intellectuals who conducted discussions on how best to overcome humanity’s ancient divisions and, thereby, move beyond nationalism to a humane and effective system of global governance. In 1948, they issued a Preliminary Draft of a World Constitution, with a Preamble declaring that, to secure human advancement, peace, and justice, “the age of nations must end and the era of humanity begin.” 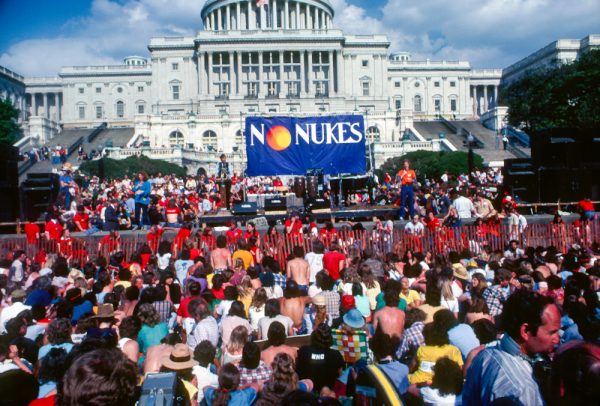 Washington DC., USA, May 6, 1979 – California Governor Jerry Brown addresses the massive crowd of protestors that gathered at the west front steps of the U.S. Capitol during the “No Nukes” protest

The Chicago committee constituted but a small part of a surprisingly large and influential world government movement that, drawing on the slogan “One World or None,” flourished during the late 1940s. In the United States, the largest of the new organizations, United World Federalists, claimed 46,775 members and 720 chapters by mid-1949. The goal of creating a world federation was endorsed by 45 major national organizations, including the National Grange, the General Federation of Women’s Clubs, the United Auto Workers, the Junior Chamber of Commerce, the Young Democrats, the Young Republicans, and numerous religious bodies. That year, 20 state legislatures passed resolutions endorsing world government, while 111 members of the House of Representatives and 21 Senators sponsored a congressional resolution declaring that the new United Nations should be transformed into “a world federation.” Much the same kind of uprising occurred in nations around the world.

Although this popular crusade waned with the intensification of the Cold War, as did the hopes for a sweeping transformation of the nation-state system, the movement did secure a number of vital changes in the international order. Not only did the United Nations begin playing an important part in global peace and justice efforts, but the original impetus for the world government movement―the existential danger of nuclear war―began to be addressed by world society.

Indeed, a massive, transnational nuclear disarmament movement, often led by former activists in the world government campaign, emerged and rallied people all around the planet. In this fashion, it placed enormous pressure upon the world’s governments to back away from the brink of catastrophe. By the mid-1990s, national governments had reluctantly agreed to a sweeping array of international nuclear arms control and disarmament treaties and were no longer threatening to plunge the world into a nuclear holocaust. 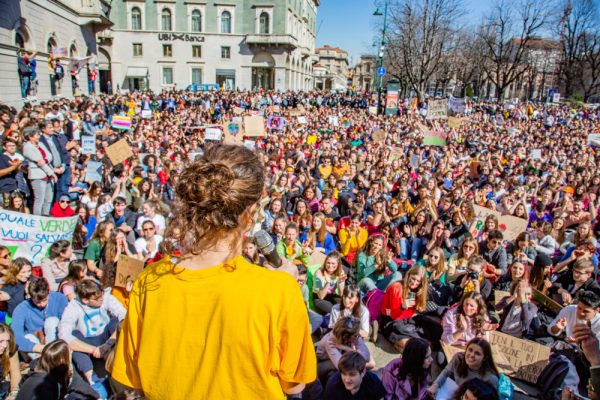 Fridays for Future” protest – The student strike for global warming

More recently, however, that world society has been crumbling, thanks to a dangerous return of nationalism. From the United States to Russia, from India to Brazil, numerous countries have been swept up in xenophobia, triggering not only a disastrous revival of the nuclear arms race, but an inability to work together to challenge the latest existential threat to human survival: climate change. Championing their own narrow national interests―often based on little more than enhancing the profits of their fossil fuel industries―these nations have either torn loose from the limited international environmental agreements of the past or, at best, shown their unwillingness to take the more significant steps necessary to address the crisis.

And a crisis it is. With the polar ice caps melting, sea levels rising, an entire continent (such as Australia) in flames, agriculture collapsing, and storms of unprecedented ferocity wreaking havoc, climate catastrophe is no longer a prediction, but a reality.

What can be done about it?

Clearly, just as in the case of heading off nuclear annihilation, no single nation can tackle the problem on its own. Even if a small country like the Netherlands, or a large country like the United States, managed to quickly develop a system of 100 percent renewable energy, that action would be insufficient, for other countries would still be generating more than enough greenhouse gasses to destroy the planet. 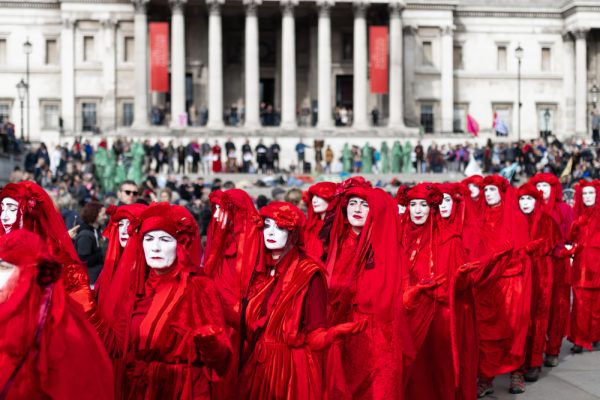 So there really is no other solution to the onrushing climate catastrophe than for people and nations to forget their tribal animosities and start behaving as part of a world society, bound together by an effective system of global governance.  The climate crisis, like the prospect of nuclear annihilation, really is “the good news of damnation.”  And we can only overcome it by working together.

One world or none. Z

Dr. Lawrence Wittner, syndicated by PeaceVoice, is Professor of History emeritus at SUNY/Albany and the author of Confronting the Bomb (Stanford University Press).

Lawrence ("Larry") Wittner was born and raised in Brooklyn, NY, and attended Columbia College, the University of Wisconsin, and Columbia University, where he received his Ph.D. in history in 1967.  Thereafter, he taught history at Hampton Institute, at Vassar College, at Japanese universities (under the Fulbright program), and at SUNY/Albany.  In 2010, he retired as professor of history emeritus.  A writer on peace and foreign policy issues, he is the author or editor of twelve books and hundreds of published articles and book reviews and a former president of the Peace History Society.  Since 1961, he has been active in the peace, racial equality, and labor movements, and currently serves as a national board member of Peace Action (America's largest grassroots peace organization) and as executive secretary of the Albany County Central Federation of Labor, AFL-CIO.  On occasion, he helps to fan the flames of discontent by performing vocally and on the banjo with the Solidarity Singers.  His latest book is Working for Peace and Justice: Memoirs of an Activist Intellectual (University of Tennessee Press).  More information about him can be found at his website:  http://lawrenceswittner.com.

The Ukraine War and International Law

Nations of the World Unite!

Imperialist Wars—and What Could Be Done About Them

China, Russia, and the Bomb

There Is an Alternative to War

What I Learned About Governments By Reading Classified Documents

Military and economic power once again fail to produce happiness