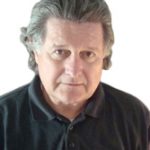 Robert Hunziker (MA, economic history, DePaul University) is a freelance writer and environmental journalist whose articles have been translated into foreign languages and appeared in over 50 journals, magazines, and sites worldwide, like Z magazine, European Project on Ocean Acidification, Ecosocialism Canada, Climate Himalaya, Counterpunch, Dissident Voice, Comite Valmy, and UK Progressive. He has been interviewed about climate change on Pacifica Radio, KPFK, FM90.7, Indymedia On Air and World View Show/UK.

Greenland is Worse Than Ever, Much Worse

Dateline: November 7-18, 2022, Sharm El-Sheikh, Egypt. Dignitaries from every country will be meeting to discuss climate change at COP27. Based upon…

The ecosystems of the world that support life-like Brazil’s Amazon rainforest have an incompatible relationship with far-right governments, like the United States…

In total, three hundred fifty thousand chemicals are now altering the composition of the surface of the planet

Dangerous Heat Across the Globe

“If a government does not change, we shall… go into a rebellion via civil disobedience against the government in order to fundamentally reduce carbon emissions… It’s not actually that complicated, is it?”

“We are standing at the threshold of abrupt change in permafrost carbon emissions.”

A new study reveals details about climate change inertia, a sobering study that speaks to the absolute necessity of herculean efforts to stop emissions, full stop, now, not tomorrow

A 1,000-kilowatt-hour wood-pellet power plant, enough to power 1,000 homes, emits a total of 1,275 grams of CO2 per kilowatt-hour of electricity generated

Thwaites, in West Antarctica, is the world’s most dangerous glacier. As of January 15th, scientists have labeled it: “A Climate Time Bomb.”